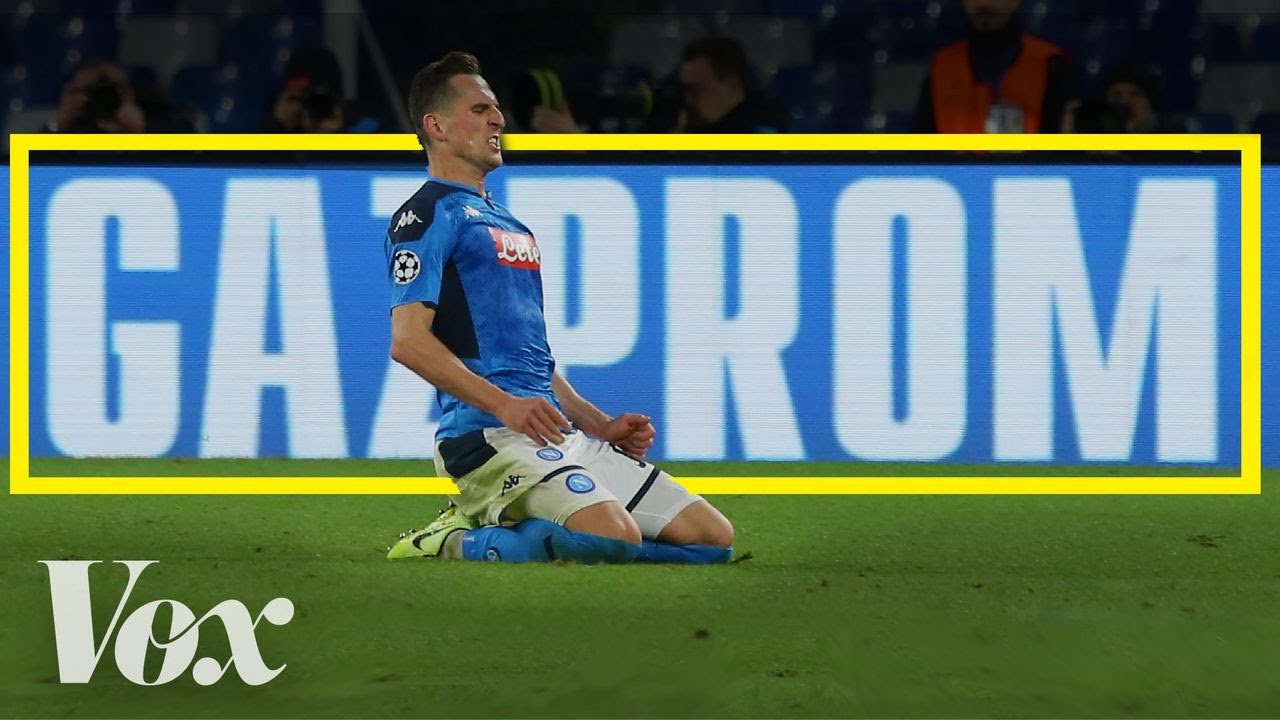 Russia has the world’s largest reserves of natural gas, and most of it is controlled by the state-owned company Gazprom. But Gazprom has also built a global profile as a soccer sponsor. Good publicity for Gazprom means good publicity for Russia; since Gazprom is owned by the Russian state, domestic approval for the foreign energy provider can help build a reputation for Russia in places that might otherwise be wary of their creeping influence. And as Vladimir Putin pursues that influence abroad, building relationships with foreign business leaders using the sport of soccer has proven extremely useful.

One place where that’s been especially true is in Germany, where the team FC Schalke 04 has a longstanding sponsorship deal with Gazprom. When the deal was first signed in 2006, Russia was vying to increase their presence in the Western European gas market. Over a decade later, Gazprom sponsors one of Germany’s most popular soccer teams, and is about to open their second major direct pipeline from Russia to Germany.

A previous version of this video misidentified Switzerland on a map. The error has been corrected.

Vox.com is a news website that helps you cut through the noise and understand what’s really driving the events in the headlines. Check out
Watch our full video catalog:
Follow Vox on Facebook:
Or Twitter: