Vietnamese idioms and words that are often said wrongly

Vietnamese is a hard language to learn. Heck, we even have Vietnamese idioms to describe how hard our language is. You know what they say, “phong ba bão táp không bằng ngữ pháp Việt Nam” – “even a storm is no match for Vietnamese grammar.” Just look at how foreigners struggle to remember all the different pronouns such as “anh”, “chị”, “em”, “cô”, and “chú” and you’ll see the truth of that saying.

Sure, we can’t help but laugh when they make a mistake and say something hilarious, but honestly, who can blame them? Even we ourselves haven’t mastered our own mother tongue. Case in point, here are 9 common Vietnamese idioms and words that you may have been saying wrongly for your entire life.

If you’re reading this and not at idiom-level fluency yet, also check out our guide to

that’ll come in handy in any situation.

We often use the idiom “ướt như chuột lột” (“wet as a shredding rat”) to refer to the condition of being soaking wet in a thunderstorm, but have you ever stopped to wonder what the hell a “chuột lột” is? “Lột” translates to “shred”, or “peel a layer off forcefully”, but that can’t be applied here as rats don’t shred.

That’s because the correct word should be “lội” (paddle), not “lột”. “Wet as a paddling rat” makes much more sense if you imagine how a rat might swim.

Another variation of the idiom is “ướt như chuột lụt”, or “wet as rats during a flood” – where “lụt” translates to “flood”, something that happened frequently in the Vietnamese countryside in the past. When a flood hit, rats living in the rice fields would have to come out of their lairs soaking wet and make a run for it, hence the comparison. 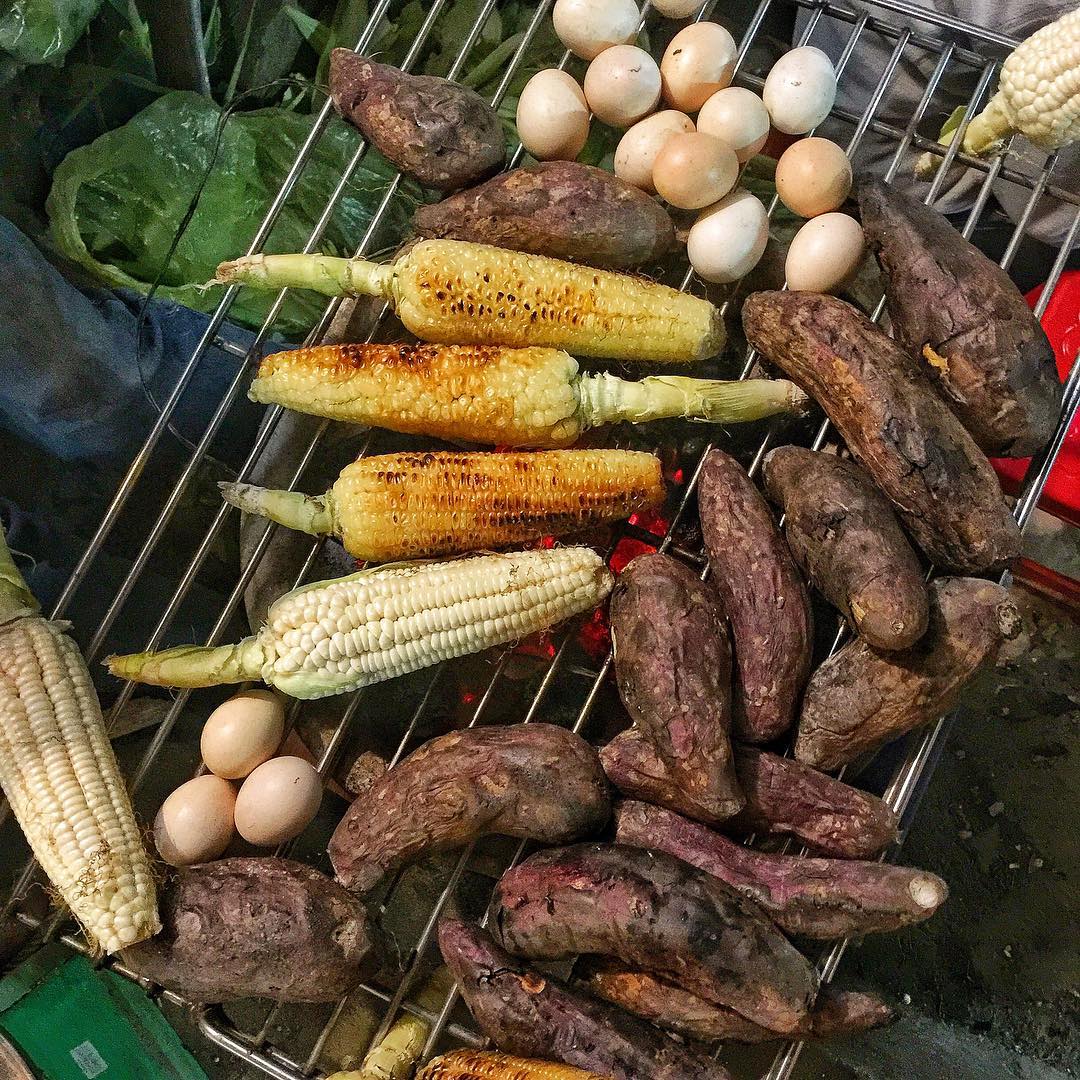 Corn and sweet potatoes on the grill – yum.
Image credit:

Literally translated as “to differentiate the corn from the sweet potato”, the phrase “ra ngô ra khoai” means “to discuss a confusing or complicated matter and make it crystal clear.”

We Vietnamese often use the idiom instinctively without giving it too much thought. However, if we thought about it on a literal level, we’d probably think, “why would you even need to differentiate corn and sweet potatoes? Aren’t they already two completely different things?” And indeed, they are.

The correct use of the idiom is “ra môn ra khoai”, or “to differentiate the taro from the sweet potato”. Now those are two food items that people can easily mix up. 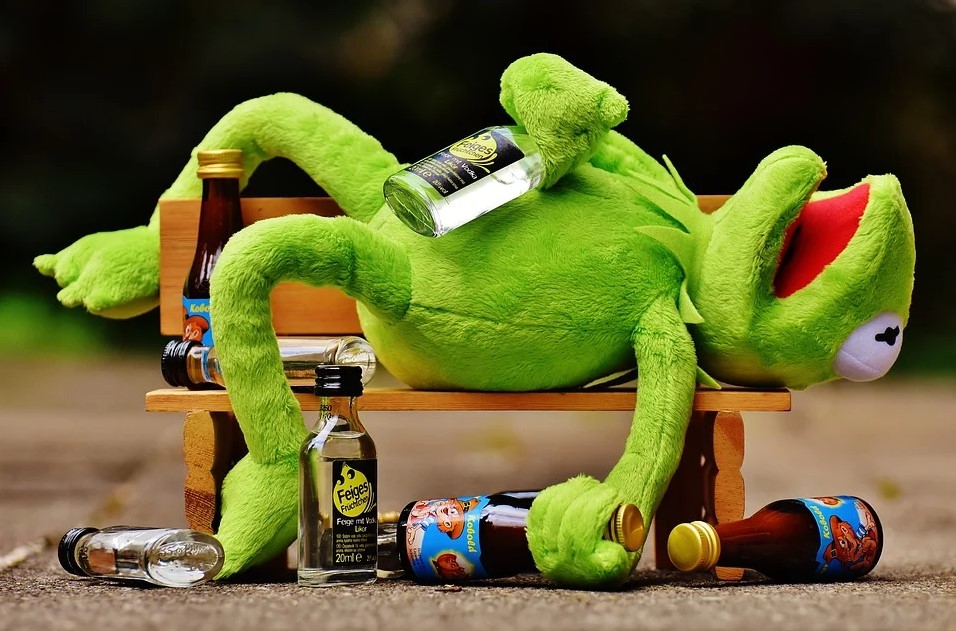 Whenever someone says “chân nam đá chân xiêu”, the first image that appears in our heads is a guy so drunk to the point where he’s kicking his own legs and can’t even walk straight – and that’s exactly what the idiom refers to.

The thing is, if you break it down, the phrase doesn’t make sense. What do “chân nam” and “chân xiêu” even mean? The correct words in this case are “chân đăm” and “chân chiêu”. In old Vietnamese, “đăm” means “right”, and “chiêu” means “left”.

“Right leg kicking left leg” – there we go, looks much better. (We’d recommend that our guy in the idiom avoid drink driving with our tips in this

Bonus: Now you’ve also learnt that the word “đăm chiêu”, often used to describe when someone is so deep in thought, actually translates to “left and right”. The more you know . . . 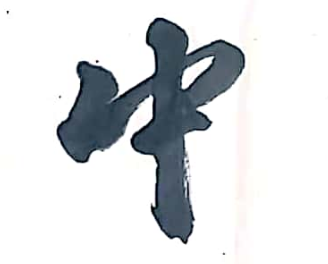 The Chinese character for “trung”
Image adapted from

Here’s another idiom that’s commonly misspelled and mispronounced, but if we break it down into its component words, it will totally make sense. “Vô hình” means “invisible”, and “trung” – yes, you read it right, “trung”, not “chung” – comes from the Chinese word 中, which means “middle” or “inside”.

So when something happens “vô hình trung”, it happens “within the invisible”, or in other words, it happens without us realizing it.

“Vô hình chung” doesn’t mean anything, but too many people are used to saying it anyway, as people often soften the “tr” sound into “ch” while speaking. 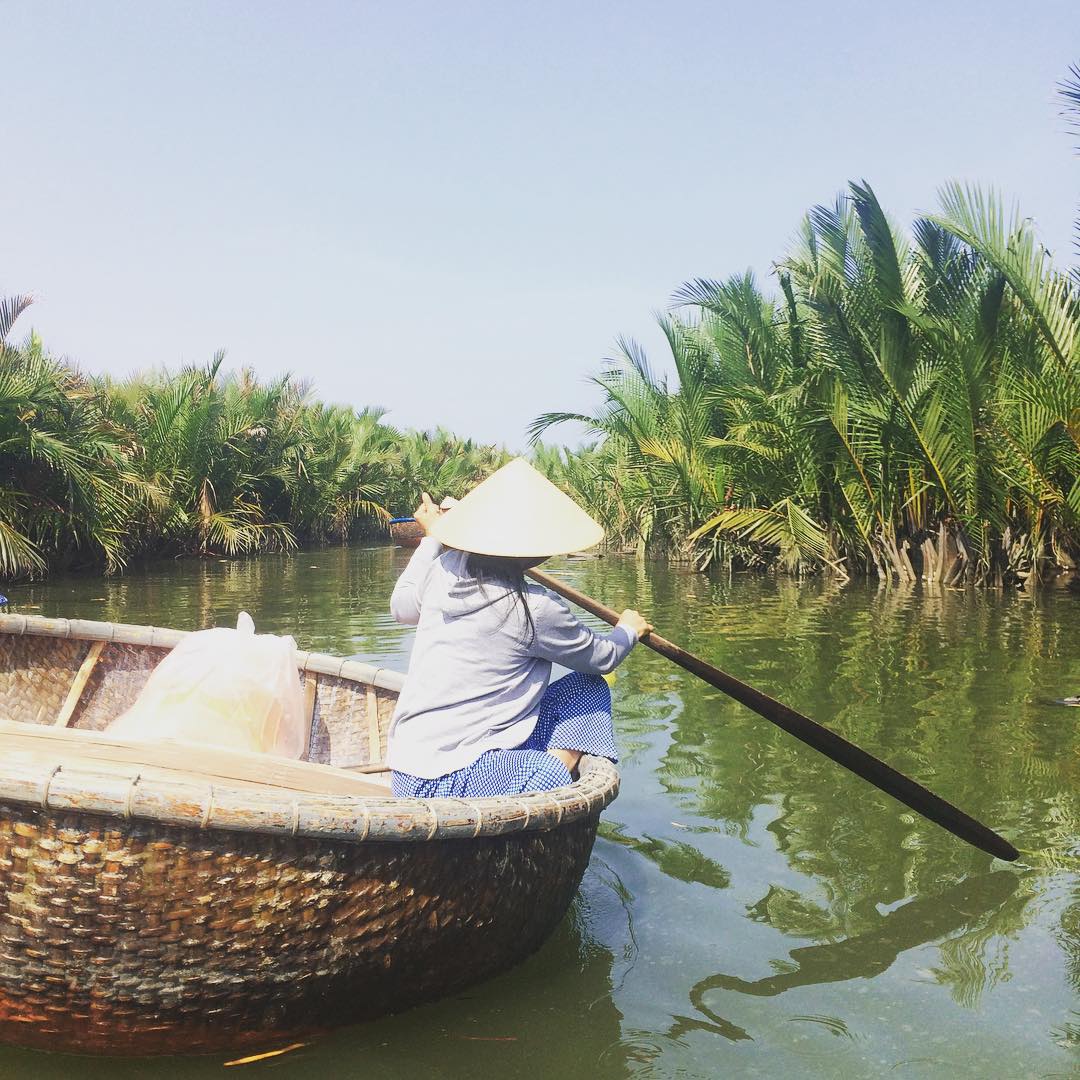 We’ve all heard stories of people who don’t pull their weight in group projects, or do busy work to make their bosses think they are productive in the office to the annoyance of others – which is what both these sayings refer to.

The word “chèo” describes the act of rowing a boat, while “chống” means pushing a pole through the water into the dirt beneath to push the boat forward – which is only possible when it’s in shallow water. Naturally, “chèo” (rowing) is harder than “chống” (pushing a pole into dirt under water), so when someone is “bad at rowing the boat but good at pushing it”, it means they are bad at their assigned task, but are good at making excuses or doing something else to distract people. 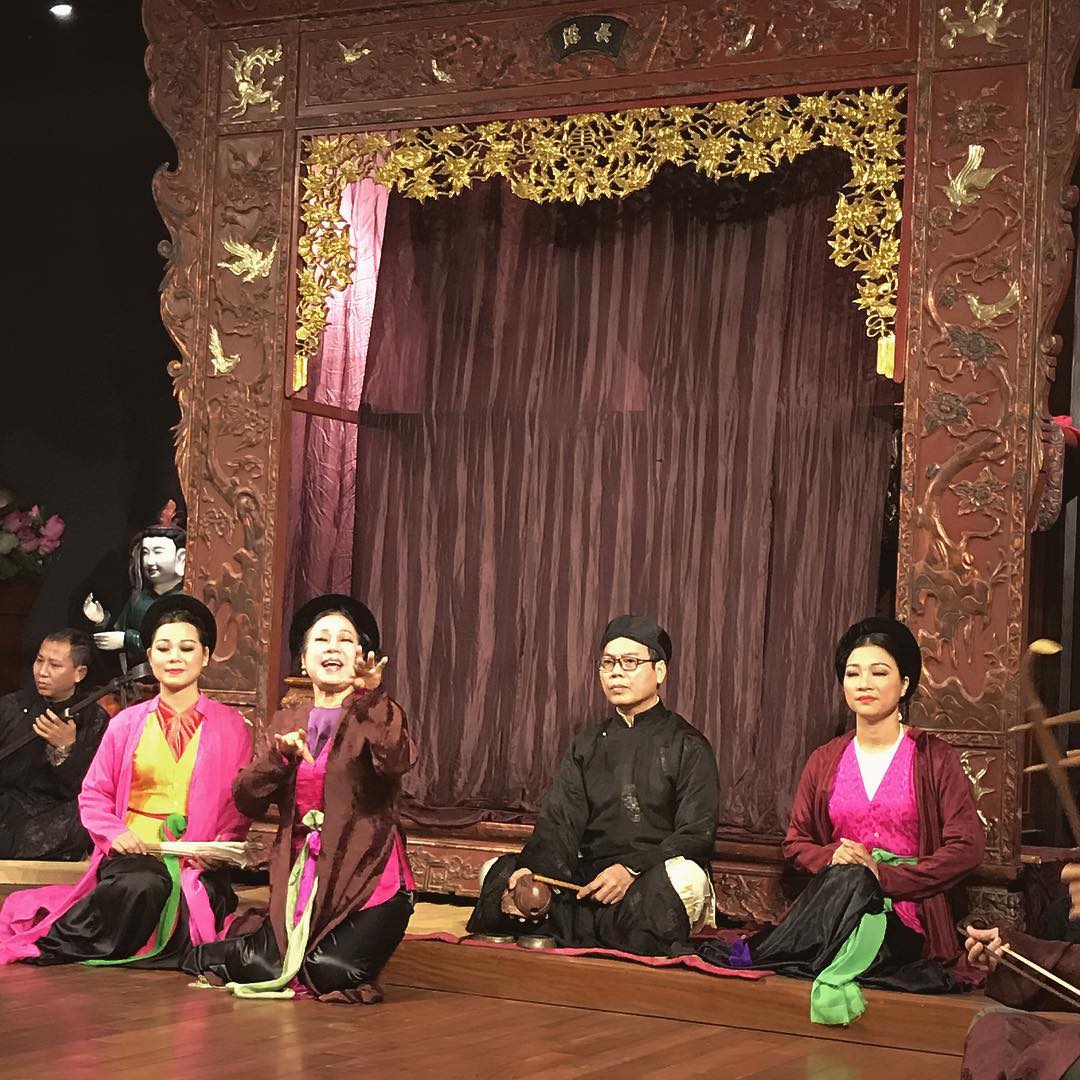 Yes, that sounds logical and all, but there are arguments that the original phrase is actually “vụng Chèo khéo trống”, where “Chèo” is a proper noun referring to a form of traditional Vietnamese singing, and “trống” means “drum”. So, here the phrase means “to be bad at singing Chèo, but good at playing the drum”. The same logic applies – someone is bad at what they’re supposed to do, but good at distracting people from the fact. Again, people saying the sound “tr” as “ch” could be the cause of the two variations. 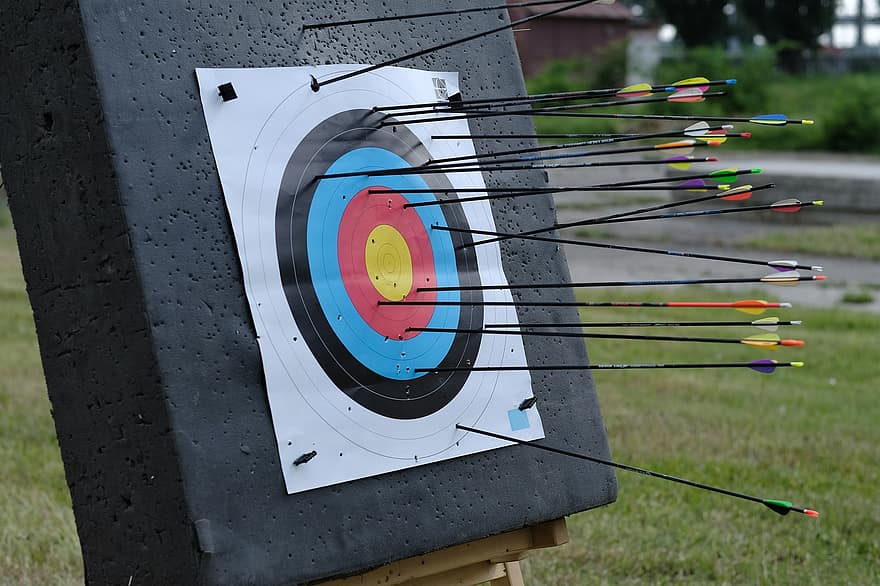 On the surface, it’s hard to tell the difference between “điểm yếu” and “yếu điểm”.

They are made from the same two characters, just in opposite order. “Điểm” means “point”, and “yếu” means “weak”. This makes the two phrases sound like “weak point” and “point of weakness”, which make them seem like the same word.

Except they aren’t. The term “yếu điểm” actually originates from Chinese – you can tell by the fact that it puts the adjective before the noun. And here, the word “yếu” doesn’t mean “weak” as it does in Vietnamese. Instead, it’s 要, which means “crucial”. So, the word “yếu điểm” doesn’t mean “weak point”, but actually “crucial point”. “Điểm yếu” is the term that means “weak point”.

Yes, I know I’m being too nitpicky here. In a common everyday situation, people will understand what you mean even if you use the term “yếu điểm” to mean “weak point”, but now that you know the difference between the two terms, you can correct your friends and get on their nerves the next time they use them wrongly. 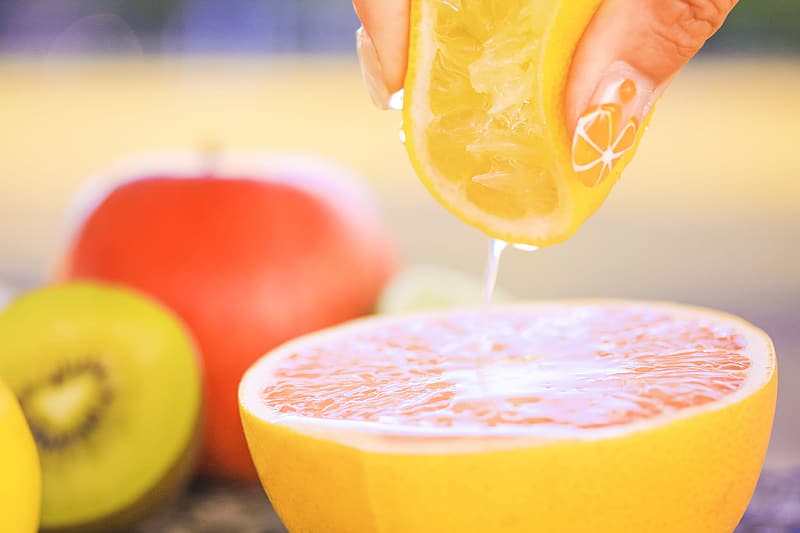 “Đều” is a condition where something is neatly arranged or consistent, and “vắt chanh” means to squeeze a lime to get its juice. So, “đều như vắt chanh” translates to “consistent as squeezing a lime”. Seems pretty straightforward, right?

But if you think about it, the act of squeezing a lime has nothing to do with consistency or something being neatly arranged, so why did our forefathers put those two in a comparison?

Well, they didn’t, it’s just a misspelling from our end. The correct phrase is “đều như vắt tranh”. I know, I was surprised too. What does “vắt tranh” even mean? 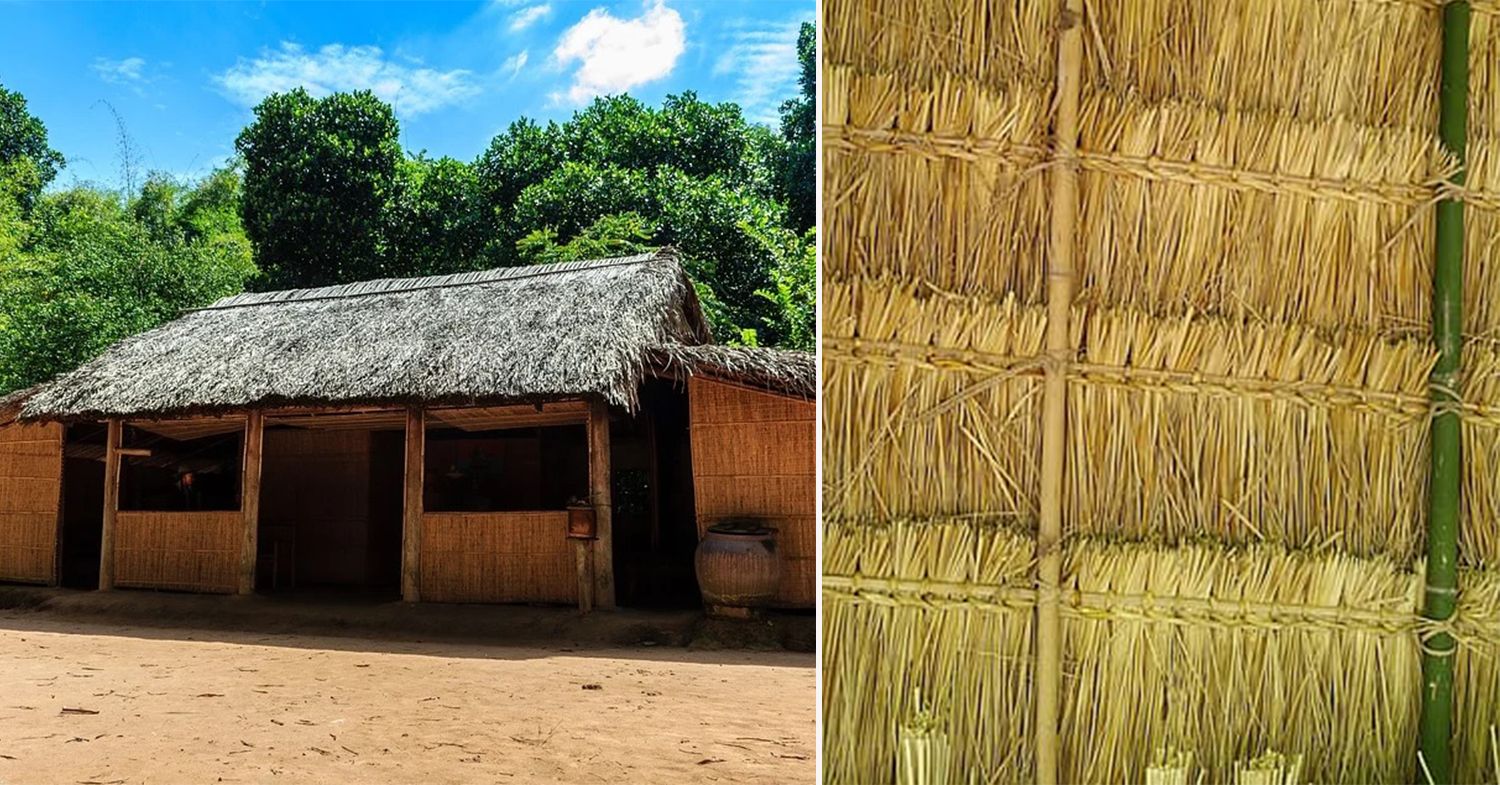 The reason dates all the way back to ancient times where Vietnamese people in the countryside would use a type of grass called “cỏ tranh”, which can be easily found in the fields, to thatch their roofs. To do so, they had to tie the “tranh” grass into bunches – which they called “vắt tranh” – then pack them tightly on the roof. The arrangement of these “vắt tranh” had to be neat and consistent, otherwise water would get through when it rained, and that’s where the idiom came from.

Still, given that “vắt chanh” is something we see much more frequently in our modern lives than “vắt tranh”, it is understandable that people would make the mistake.

8. “Khoái trá” should be spelled “Khoái chá”, and originally it didn’t mean “delighted” 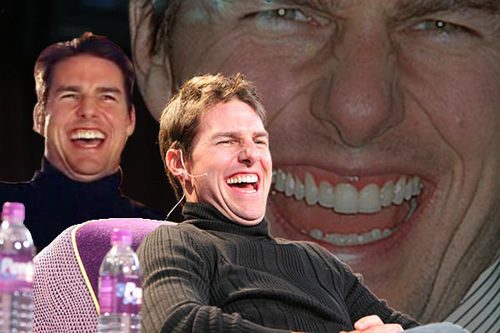 A lot of people think the word “khoái trá” is a combination of “khoái” from “sảng khoái”, meaning “satisfying”, and “trá” from “xảo trá”, meaning “cunning”. As a result, they use the word to describe the sense of twisted satisfaction we get from seeing something bad happen to people we don’t like, also known as schadenfreude in German.

Sometimes, it’s also used to simply mean “delight” or “satisfaction”. However, its origin is quite different.

The word “khoái trá” also stems from Chinese language and is actually supposed to be “khoái chá”. “Khoái” (膾) is a thin slice of meat, and “chá” (炙) is “to roast” or “to grill”. 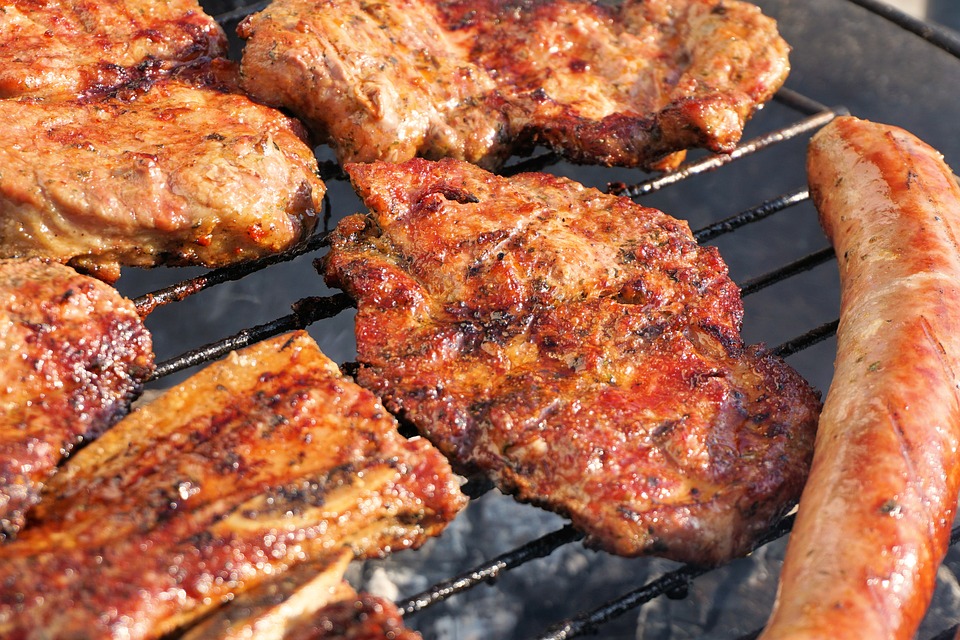 It could be that in the beginning, people used “khoái chá” to describe the joy of eating tasty food. However, a lot of people mix up the word 膾 with 快 (happy), as they are both spelled as “khoái” in Vietnamese. Eventually, “khoái chá” got misspelled into “khoái trá” as we often see it today, and it strays from its original meaning. 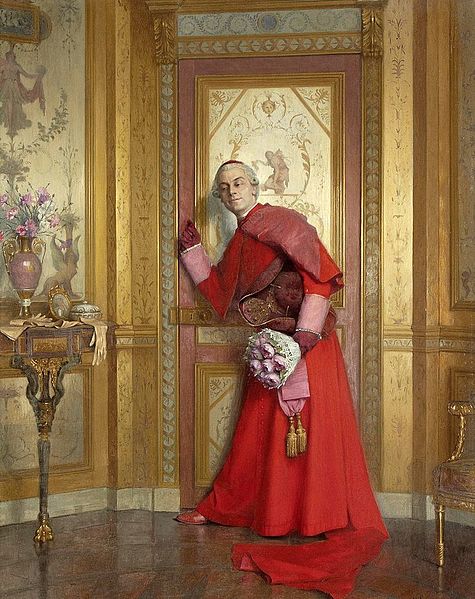 “Tai vách mạch rừng” translates to “the wall has ears, the forest has veins”, and it refers to a situation where a location is not secure and where you should not discuss private matters. However, it is yet another of those Vietnamese idioms misunderstood and misused by people of the modern age because we are not familiar with the old ways of life. 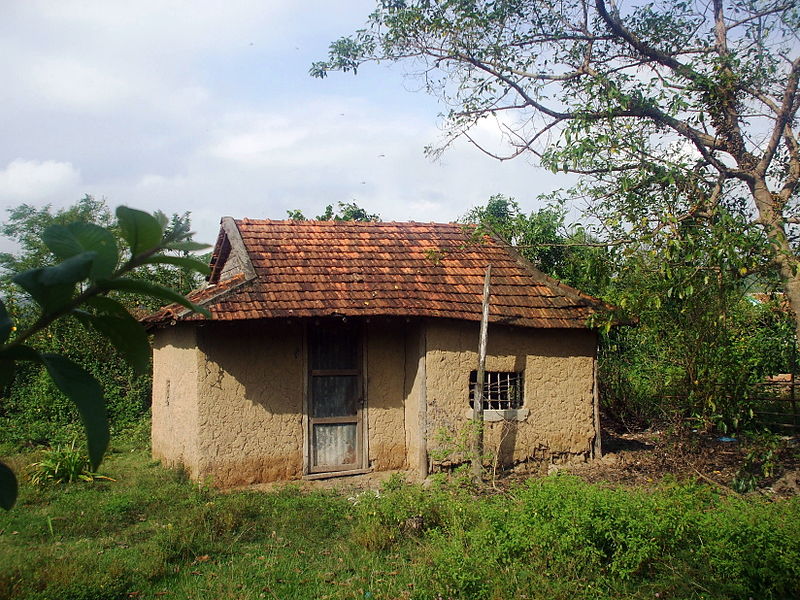 In the past, bricks were not readily available, so people of the common social classes often had to use clay to build their houses. To do so, they weaved small bamboo sticks called “dừng” into frames, then cover them in clay to make walls. However, the clay would crack after an extended period of time, resulting in veins on the walls.

Therefore, the correct spelling would be “tai vách mạch dừng”, meaning “the wall has ears, the dừng has veins”. Again, since most of us who live in modern buildings don’t even know what a “dừng” looks like, it’s understandable that many would hear the phrase and thought it said “rừng” (forest).

That’s because the consonant “d” is pronounced “z” in Vietnamese. Meanwhile, the sound “r” is also very often softened into “z” in spoken Vietnamese, and that’s where the confusion comes from.

As idioms often stem from everyday life, learning about their origins helps give us a deeper insight into how our ancestors used to live. So, remember the proper use of these 9 commonly misspelled Vietnamese idioms and words, and the next time you spot your friends saying them wrongly, explain it to them. It’ll be an eye-opening experience.

For more stories, check out: 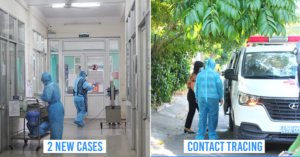 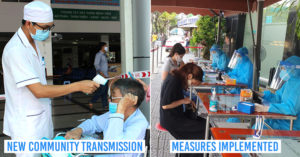