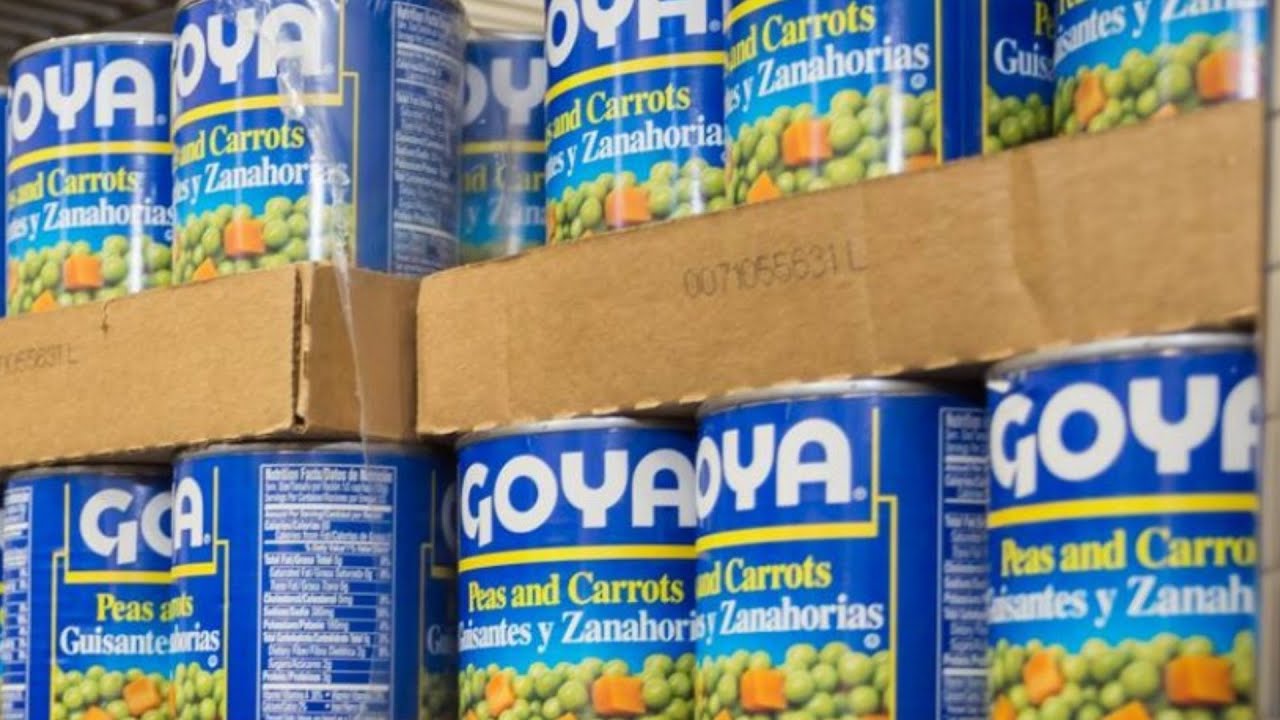 Goya, the largest Hispanic-owned food company in the United States, is facing political backlash after its CEO praised Donald Trump. The president invited CEO Robert Unanue to be part of a commission to create economic opportunities for Latinos in America.

At a ceremony for the commission on Thursday, July 9th, Trump signed an executive order expanding his Hispanic Prosperity Initiative, which includes support for charter schools and tax breaks for businesses that invest in low-income neighborhoods.

Given a couple minutes to speak on the White House lawn, Unanue talked about his grandfather immigrating into the United States in 1936, and how he built what became a multi-billion-dollar company out of the opportunities he found in, quote, “the most prosperous country in the world.”

Those words prompted Latino politicians and celebrities to call for a boycott of Goya products. Julian Castro, who was in President Barack Obama’s cabinet, tweeted this after Unanue’s statement, along with the hashtag “Goyaway:”

“Bob Unanue is praising a president who villainizes and maliciously attacks Latinos for political gain. Americans should think twice before buying their products.”

Lin-Manuel Miranda, the creator of the Broadway musical Hamilton, had this to say on Twitter:

“We learned to bake bread in this pandemic, we can learn to make our own adobo con pimienta. Bye.”

Trump’s policies haven’t always supported Latinos in America, as NBC News pointed out. His administration has separated parents from their children at the Mexican border and he’s also threatened to deport so-called Dreamers — undocumented immigrants who arrived in the U.S. as children. The CEO of the Latino Victory Fund told NBC News,

“It’s shameful and appalling that the president of Goya Foods is praising the most anti-Latino president in the history of our country.”

But conservatives have rallied online to support Goya, creating a backlash of their own to the boycott backlash, which some are calling a “buy-cott,” according to Fox Business. Florida Republican senator Marco Rubio showed his support for the brand, tweeting,

“Most of these people fronting about a [Goya Boycott] […] don’t use [Goya Foods] anyways. And most of the ones who do will cave by [Noche Buena].”

Journalist Casey Harper was looking to raise $10,000 on GoFundMe to, quote, “Support Trump & Feed the Hungry” with purchases of Goya products. Within four days, Harper had raised more than $280,000 from over 8,000 donors. Harper told Fox Business,

“I’m not surprised we have raised so much because people are tired of having to walk on eggshells in political discourse. Also, Americans are fundamentally generous people so a chance to feed the hungry and stand up to cancel culture was an easy win.”

Unanue announced at the White House that Goya was donating 1 million cans of chickpeas and 1 million pounds of other foods to food banks. He later suggested that critics were holding him to a double standard since he doesn’t play favorites with political parties. He had accepted a similar presidential invitation, in 2012, to participate in Michelle Obama’s healthy eating initiative. Uananue told Fox News,

“So you’re allowed to talk good or to praise one president, but you’re not allowed, when I was called to be part of this commission to aid in economic and education prosperity and you make positive a comment, all of a sudden that’s not acceptable. So I’m not apologizing for saying — and especially when you’re called by the president of the United States, you’re going to say, ‘No, I’m sorry, I’m busy. No thank you.'”

Unanue’s true political stripes can be found in his political donations, which tend to favor one specific political party. A search of the Federal Election Commission database reveals that right after his participation in the first lady’s Let’s Move! Initiative, Unanue donated $370 to support Mitt Romney for president. More recently, in 2019, he gave $3,000 each to the Republican National Committee and WinRed, a conservative political action committee. No donations from Unanue to Trump have turned up yet on the database.

The Rich Lifestyle of Dwayne Johnson 2019