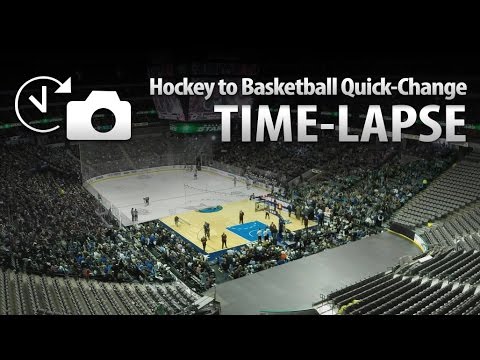 This was captured on November 15, 2014, in Dallas, Texas, during a doubleheader of a Dallas Stars (NHL) hockey game, and a Dallas Mavericks (NBA) basketball game. The hockey game started at 1pm in the afternoon, ended at about 3:30pm, and there was a 4-hour window, before the basketball game tipped off at 7:30pm. The process of fully converting the seating configuration, from hockey to basketball, took about 2 hours. The basketball court was removed immediately after the basketball game, due to a concert taking place on the following day. For those of us who worked both games, it was a long day!

This video was shot on a GoPro Hero 3+ camera, and edited in 4k resolution.