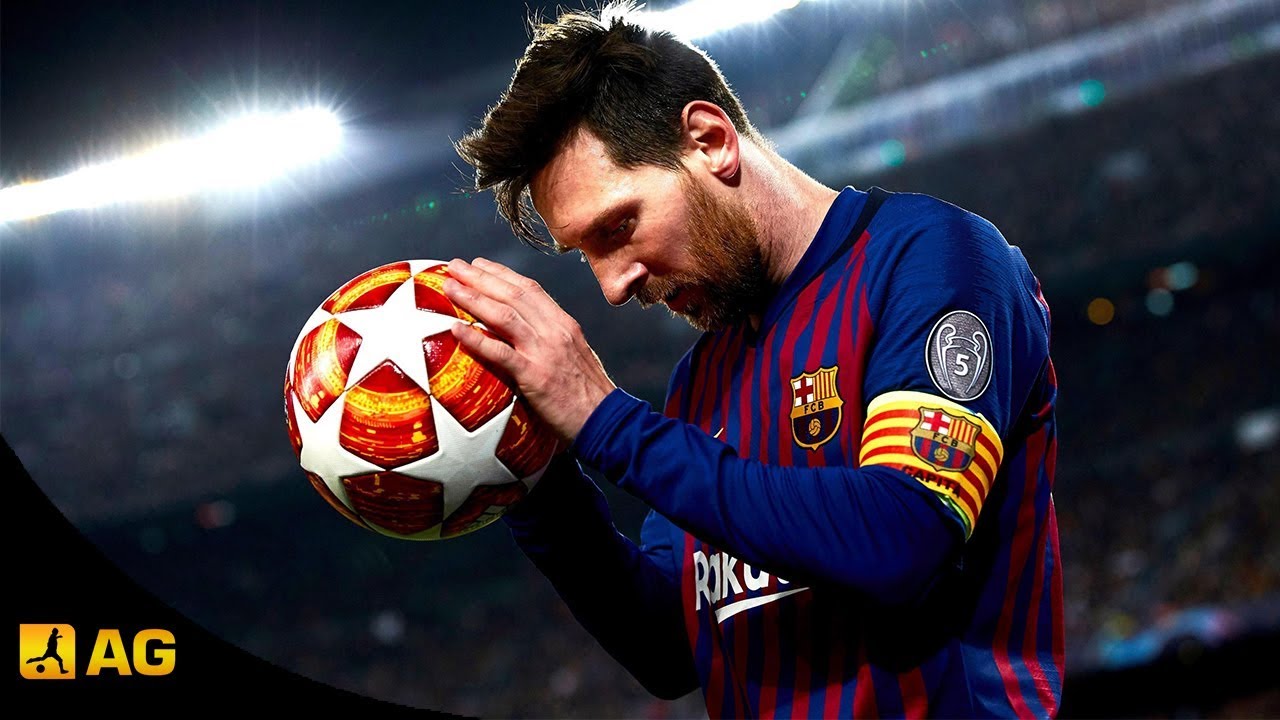 With the departure of former captain Andrés Iniesta in May 2018, Messi was named the team’s new captain for the following season. On 12 August 2018, he lifted his first title as Barcelona’s captain, the Supercopa de España, following a 2–1 victory over Sevilla. On 19 August, Messi scored twice in helping Barcelona defeat Alavés 3–0 in their first La Liga match of the season, with his first goal, a free kick that he rolled under the jumping Alavés wall, making history in being Barcelona’s 6000th goal in La Liga. On 18 September, Messi scored a hat-trick in a 4–0 home win over PSV Eindhoven in Barcelona’s opening Champions League group stage match of the season, setting a new record for most hat-tricks in the competition, with eight. On 20 October, Messi scored and assisted in a 4–2 home win over Sevilla, but was later forced off in the 26th minute after falling awkwardly and injuring his right arm; tests later confirmed that he had fractured his radial bone, ruling him out for approximately three weeks. On 8 December, Messi scored two free kicks – his ninth and tenth goals from set pieces during the calendar year – in a 4–0 away win over Catalan Derby rivals Espanyol in La Liga; this was the first time ever that he had managed such a feat in the league. His first goal was also his 10th league goal of the season, making him the first player ever to reach double figures in La Liga for 13 consecutive seasons.
Messi taking a freekick against Real Valladolid in August 2018

On 13 January 2019, Messi scored his 400th La Liga goal in his 435th league appearance in a 3–0 home win over Eibar, becoming the first player ever to manage this tally in just one of Europe’s top five leagues. On 2 February, Messi scored twice in a 2–2 draw against Valencia, with his first goal coming from the penalty spot, his 50th La Liga penalty goal; as such, he became only the third player in La Liga history after Cristiano Ronaldo and Hugo Sánchez to score 50 penalties in the competition. Later that month, the club admitted they had begun preparations for Messi’s future retirement. On 23 February, Messi scored the 50th hat-trick of his career and also provided an assist for Suárez, as he helped Barcelona come from behind to achieve a 4–2 away victory over Sevilla in La Liga; the goal was also his 650th career goal for club and country at senior level. On 16 April, Messi scored twice in a 3–0 home victory over Manchester United in the second leg of the Champions League quarter-finals to give Barcelona a 4–0 aggregate win, which saw Barcelona progress to the semi-finals of the competition for the first time since 2015; these were also his first goals in the Champions League quarter-finals since 2013.

On 27 April, Messi came off the bench and scored the only goal in a 1–0 home win over Levante, which allowed Barcelona to clinch the league title; this was his 450th La Liga appearance, and his first league title as Barcelona’s captain. On 1 May, Messi scored twice in a 3–0 home win over Liverpool in the first leg of the Champions League semi-finals; his second goal of the match, a 35-yard free kick, was the 600th senior club goal of his career, all of which had been scored with Barcelona. In the return leg six days later at Anfield, Barcelona suffered a 4–0 away defeat, which saw Liverpool advance to the final 4–3 on aggregate. On 19 May, in Barcelona’s final La Liga match of the season, Messi scored twice in a 2–2 away draw against Eibar (his 49th and 50th goals of the season in all competitions), which saw him capture his sixth Pichichi Trophy as the league’s top scorer, with 36 goals in 34 appearances; with six titles, he equalled Zarra as the player with the most top-scorer awards in La Liga. He also captured his sixth Golden Shoe award, and a record third consecutive award since the 2016–17 season. On 25 May, Messi scored his final goal of the season in a 2–1 defeat to Valencia in the 2019 Copa del Rey Final.