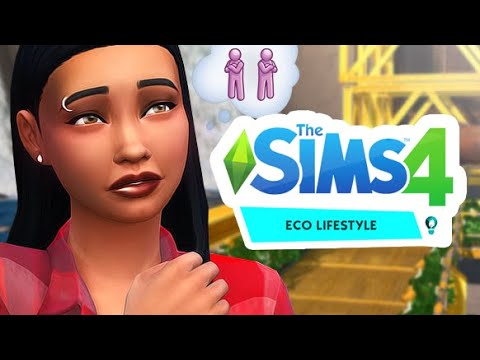 BEN IS AWAY ON A CAMPING TRIP IN GRANITE FALLS AND MARLOWE IS STRAIGHT – TRIPPING!

Marlowe’s feeling uneasy about Ben’s trip something doesn’t feel right a feeling she’s never had before. All of her calls are going straight to voicemail and she fears the absolute worst!

? QUESTION OF THE DAY: (ANSWER FOR A CHANCE AT BEING FEATURED!)

– AT THE BOTTOM OF DESCRIPTION DUE TO POSSIBLE SPOILER!

One Smoggy night in the forgotten city of port promise, Two runaway teens, Benjamin Daley and Marlowe Tumwater. Stumbled into each other by accident. Benjamin was inside a dumpster by some old shipping containers, scavaging for his next meal
when he heard a voice call out. “What are you doing?” Peaking his head up slowly he saw her, “What does it look like? I’m dumpster diving?”

Benjamin casually tries to get out of the dumpster but the garbage beneath him collapses, pulling him in further.
With a banana peel on his head, some questionable green goo and a STENCH that could MAKE YOUR EYES ROT.
Marlowe decided to not get mad at this stranger for digging in her dumpster.

Instead, she giggled and offered a hand “Need some help there tough guy?” Unfortunately, Benjamin was ALOT heavier than she thought.
As she was pulling she lost her balance and went headfirst into the dumpster. Crashing right into Benji.

The two laughed hysterically at the situation and couldn’t believe they were STUCK IN A DUMPSTER.

Eventually, the pair managed to find their way out and Marlowe offered for Benji to stop by her campsite for a MUCH needed shower
and a meal.

Up until this moment, NO ONE had ever shown Benjamin a greater act of Kindness.
Eventually, Marlowe and Benjamin’s accidental friendship blossomed into a meaningful relationship.

Several years later, now adults. Benji and Marlowe have done their part to put the PROMISE back in Port Promise. However,
they cannot do it alone. They are calling upon members of the community to come together and work as one to return this once-bustling hub of Evergreen Harbor into the gem it once was!

QUESTION OF THE DAY: SHOULD MARLOWE AND BEN ELOPE?

24 Hours Behind The Scenes: Preparing For A F1 Race Weekend

In Search Of A Man To Finance Her Expensive Lifestyle, Mary Falls For A Farmer!

How To RECORD Your Screen & EDIT Videos On Android! NO…