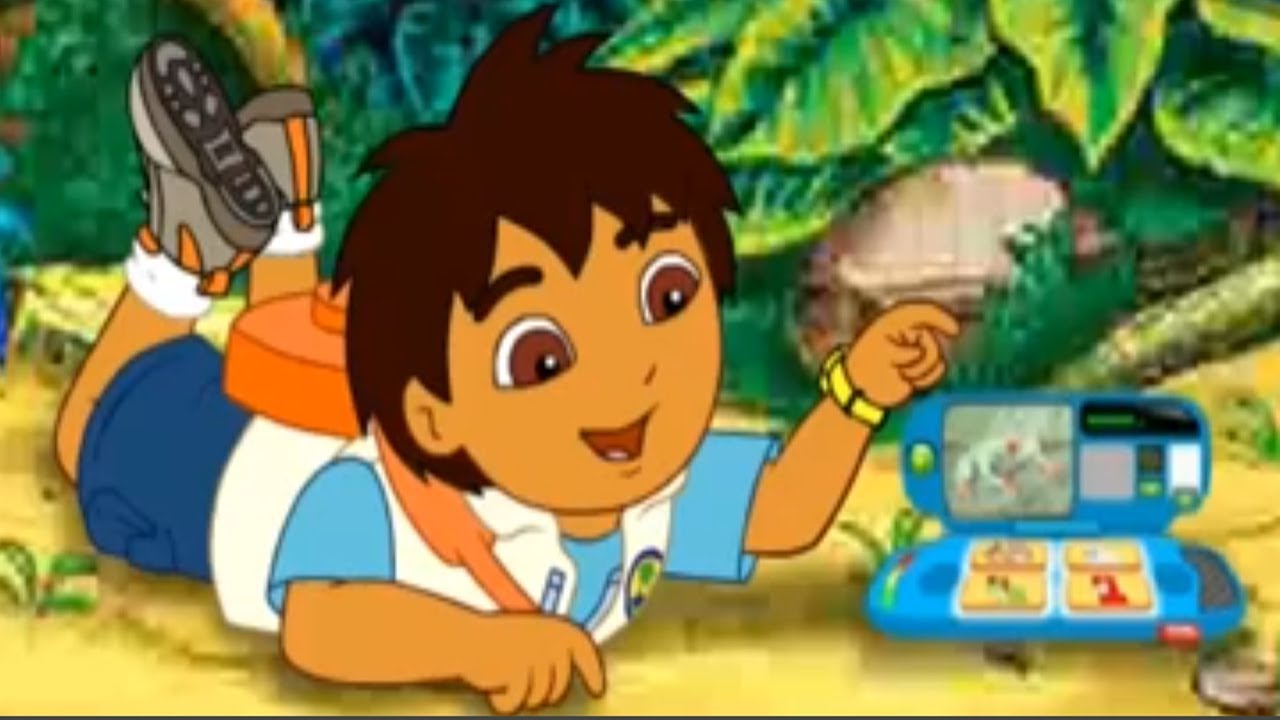 Diego documents animals’ footprints and voices, and makes videos of them in motion. Kids, check them out!

Use the mouse to click on a bird or animal in Diego’s Field Journal. A small clip with a fact about the animal appears. You can also click on the footprint and click to hear the animals’ sounds. Want a field journal of your own? All of Diego’s animals are printable.

Parent Tip: Kids can practice making the sound before it is played to test their own knowledge.

Go, Diego, Go! is a children’s television series created by Chris Gifferd and Valerie Walsh, and is a spin-off of Dora the Explorer.
The show premiered on September 6, 2005 and ended on September 16, 2011 on Nickelodeon.
It also aired as part of the Nick Jr. on CBS block from September 17, 2005 to September 9, 2006.
On December 20, 2006, Nick Jr. announced that it had ordered twenty new episodes that were in production.
Since April 2008, the show has been dubbed into Spanish and airs in the United States on Univision as part of their Planeta U block.

How to Install and Activate Matlab 2016a

What’s Next?: Understanding Health Threats in Times of Hyper…

Things TWICE Couldn’t Do Because Of JYP Entertainment