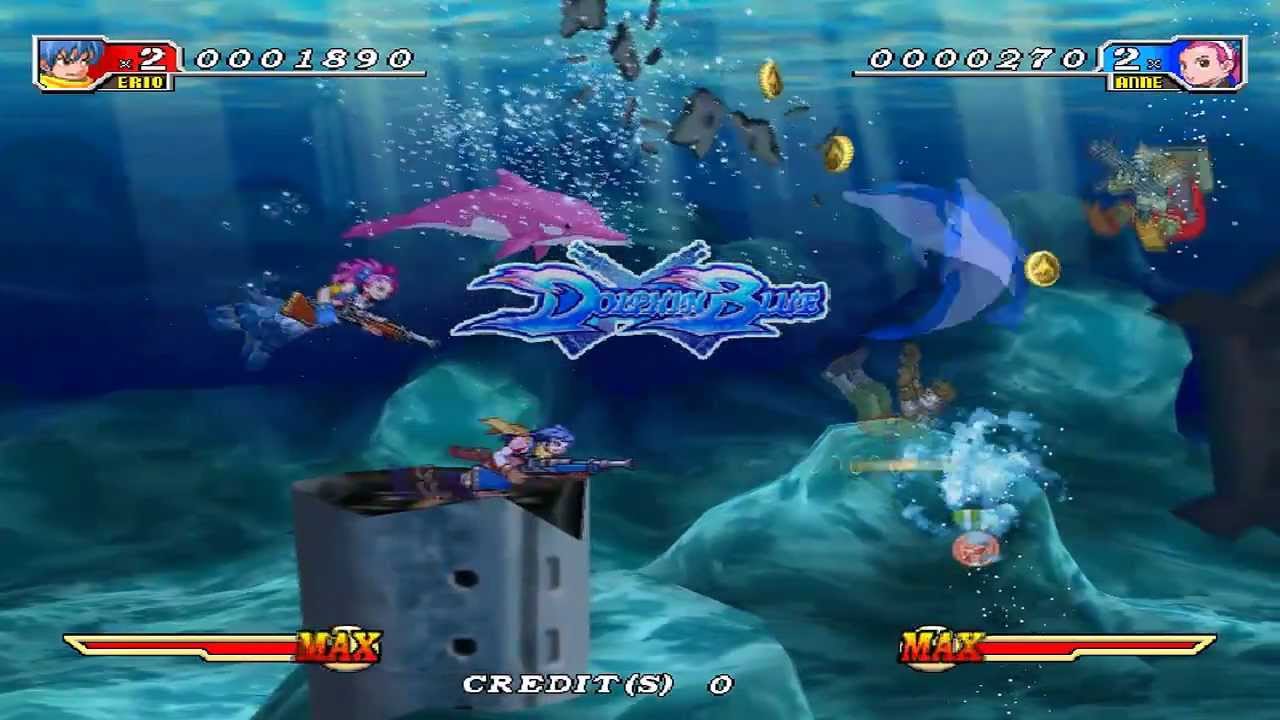 Dolphin Blue is a fun and hectic arcade game on the Atomiswave platform that was released in Japan and select outlets overseas (in JAMMA kit form) in 2003. Developed by Sammy, the game takes place in the future where something has caused nearly all the dry land to sink into the ocean. Those that survived built new civilizations on the few remaining pieces of dry land and took advantage of all the underwater ruins and their resources to live life anew. In this world, which now took the name of “Aquadia”, the two main factions, the Royal Army and Evil Empire, square off for ultimate control of the land. The Royal Army, watced over by Princess Annette, is good, while the Evil Empire is, well, evil, and run by several baddies and ex-marines. You play as Erio, an Arms Dealer with a wild streak for adventure and Anne, an idealistic young woman fighting for the Royal Army, who are out to rescue Annette who has now been kidnapped for her knowledge of the “Blue Tear”.

The game is like Contra with a hint of Metal Slug. In the game, you go across land and sea fighting enemies with a variety of powerful weapons, cutting baddies at close range with your knives, and riding super-powered dolphins, and is a combination of typical side-scrolling action with horizontal shooter aspects. The game is executed fairly well and uses high-spirited music and merges it with a nice combination of 2D and 3D graphics, though the game is still a bit simple by Arcade standards. This is basic video showing the game in action.