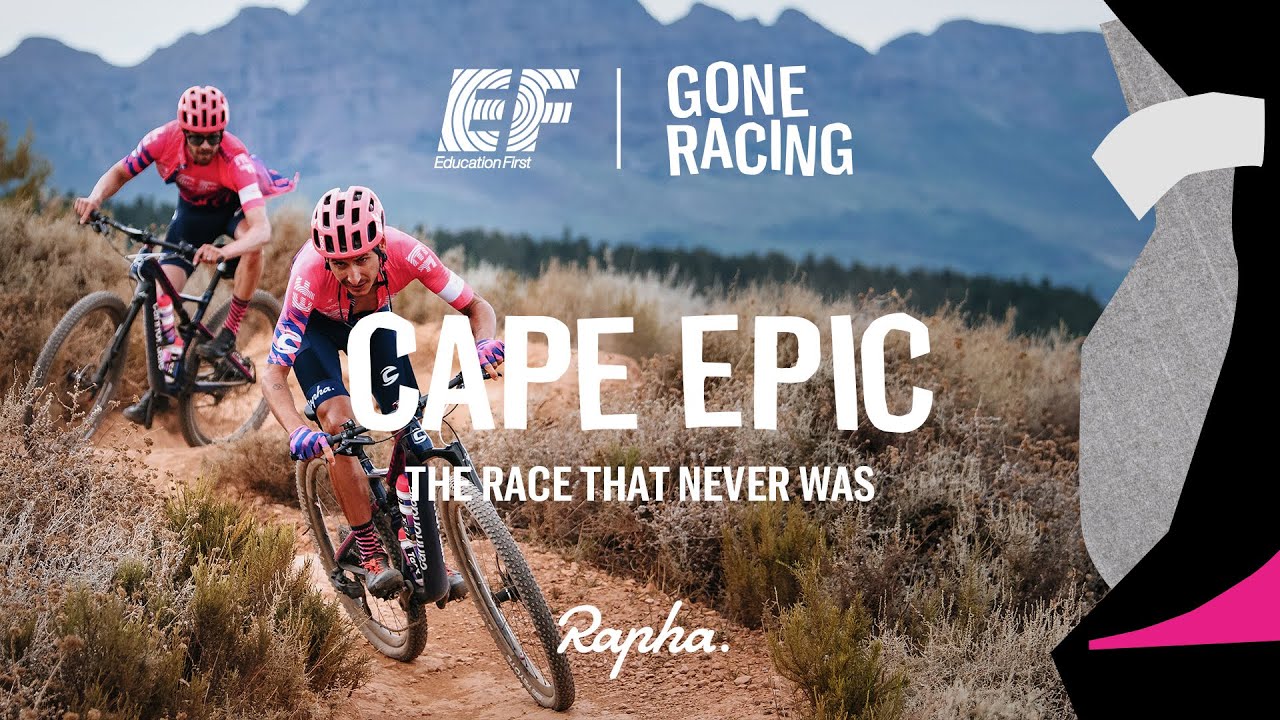 The Cape Epic is the world’s toughest mountain bike race. It pits participants against eight days of relentlessly rough South African terrain, with almost constant climbing and descending, and searing temperatures. There are no support cars and no mechanical assistance here. Racers compete in pairs, relying on their teammates, and sleeping beside them at organised camps between stages. To tackle the Cape Epic, you’d better be more than just teammates but firm friends as well.

In Lachlan Morton and Alex Howes, EF Pro Cycling had a duo dialled into the demands of mountain biking, and the scene was set for another alternative calendar escapade. But then the news broke…

In this episode of Gone Racing, we bring you the story of the race that never was…

About the alternative calendar:

As part of the EF team’s partnership with Rapha, riders will race a calendar of alternative, mixed-terrain, multidisciplinary events throughout the 2019-20 season. From mountain bike epics to week-long ultras, they’ll all captured in special episodes of EF Gone Racing. First Dirty Kanza and GBDuro, Leadville 100 and Cape Epic
——————————————————

Get more from Rapha:

Truth or Dare to Drink Challenge with Sister || Revathi's Lifestyle